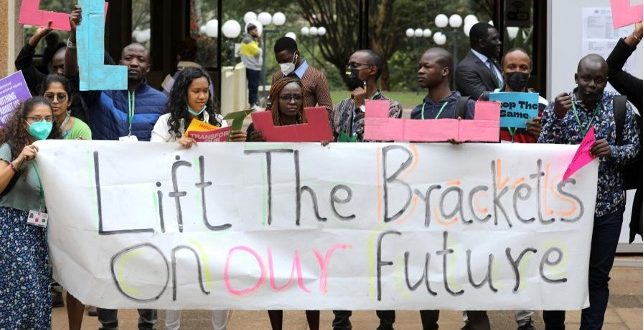 The expiry of the Strategic Plan for Biodiversity 2011-2020 and its 20 Aichi Targets has created a regulatory vacuum in global biodiversity protection. The focus of negotiations at COP15, the 15th Conference of the Parties to the Convention on Biological Diversity (CBD), is to fill this gap with the post-2020 Global Biodiversity Accord.

During the negotiations in Nairobi, it was announced that the conclusion of COP15 would slip again to December (5 to 17) and would not be held in China as scheduled, but in Montreal, the city where the Convention Secretariat is based.

We have explained here the reasons for shifting the location of COP15 from China to Canada, but it should also be emphasised that the decision to postpone COP15 by another four months is a strong signal of the will to allocate all available time, until the end of the year, to arrive at a global agreement that is as shared and ambitious as possible and that can be adopted during COP15.

Moreover, with these new dates, Parties agreed to convene an additional negotiating session, the fifth in two years, before COP15.

There were several priorities in Nairobi: first, to increase ambition and work on measurability of targets to halt global biodiversity loss. Despite some small steps forward, there remain strong disagreements on numerical targets and the figures remain almost all in brackets. Recall how without metrics and measurement tools to assess progress, the goals of the agreement will remain just words.

Another crucial point and one of the most debated is that of financial resources to protect biodiversity. Disagreements on how to align national and international public and private financial flows must be urgently resolved, and it must be decided how much money should be allocated to biodiversity protection by 2030 and by 2050.

Delegates reiterated the need to match the ambitions of the Accord with equally ambitious financial mechanisms, highlighting the need for adequate, predictable and accessible funding. Many called for a global fund dedicated to biodiversity, pointing out that the failure to meet the Aichi targets was also due to the inadequacy of the resource mobilisation strategy.

Status of Target 19.1 on biodiversity finance. The text still has too many parts in brackets and there is no agreement on numerical targets. Source: CBD

Another priority in Nairobi was to improve the mechanisms for planning (planning), reporting (reporting) and review (reviews). Negotiations are progressing on this, but important issues remain to be resolved. There are discussions on whether NBSAPs (National Biodiversity Strategies and Action Plans) should be updated in light of the new Global Agreement and drafted in a standardised format, and whether national reports on the progress of NBSAPs and analysis of their contribution to the global biodiversity ambition should be sent in 2025 and 2029. Finally, it was discussed whether to establish periodic stocktakes to review collective progress on the Agreement’s targets, with results to be brought to COP17 (for a preliminary analysis) and to COP19 for a final analysis. This proposal remains in brackets in the text.

At the end of the six days of negotiations, even on the Goals to 2050 significant work remains to be done (more on the difference between Goals and Targets within the Agreement here).  For example, Goal A, which aims to protect biodiversity and prevent the extinction of plant and animal species, has most of the text still in brackets and in particular all numerical targets are in brackets. Furthermore, there are two versions of the text: option 1 and option 2. The other Goals to 2050 are also at a similar level of negotiation.