During 2022, Italian Climate Network with the support of the European Climate Foundation launched a free training course aimed at the administrators, employees and city councilors of more than 50 Italian municipalities in the metropolitan cities of Bologna and Florence.

The training, which kicked off with the first online meeting on March 10, 2022, featured four modules (March-June 2022) led by nationally renowned lecturers on the topics of climate change, mitigation, adaptation, risk, communication, and European climate policies. The course closed with an in-person training day in Bologna on October 6, 2022 in the presence of many administrators and technicians from the municipalities involved, in spaces kindly granted by the Urban Innovation Foundation and under the patronage of the Municipality of Bologna.

Central also is the involvement of young people in the target communities, to stimulate action at the local level and create attention to issues that can no longer be postponed, especially in small realities. EGD: TELL! has been a pilot project and Italian Climate Network is open to new co-design proposals to broaden the impact on Italian Local Authorities. 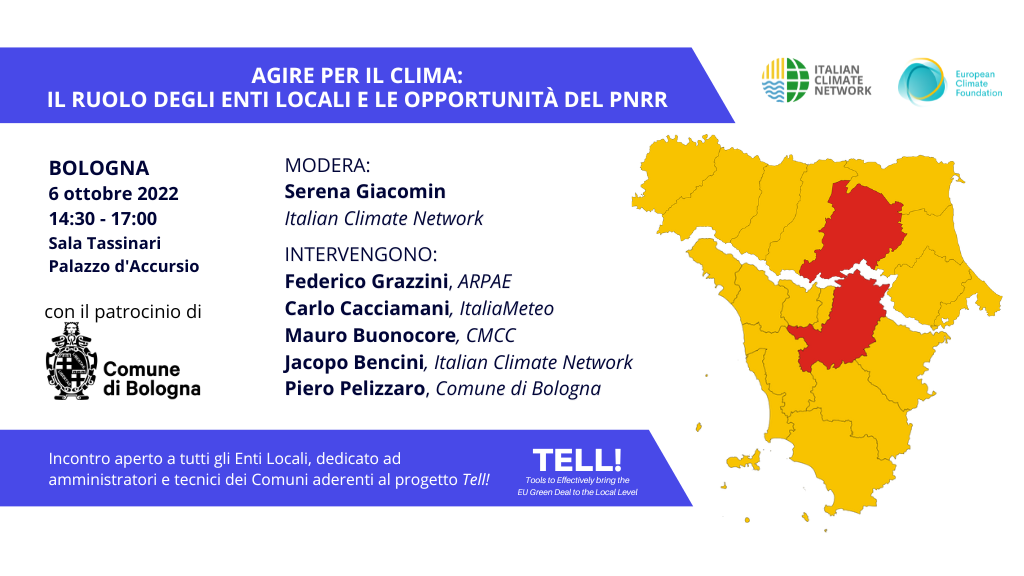