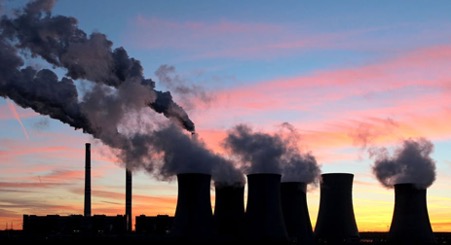 At the Bonn interim negotiations, there is also talk of how to continue in the practical development of what is provided for in Article 6 of the Paris Agreement. Article 6 provides a three-pronged framework for cooperative approaches among countries to achieve the goal of containing the rise in global average temperatures. A very technical part of the Paris Agreement, difficult for most observers to follow but with, potentially, a major impact on the world’s major industrial supply chains.

Cooperative approaches mean, in a nutshell, bilateral emissions trading agreements (such as the one in 2021 between Switzerland and Peru, Art.6.2); a new multilateral, international system to connect existing emissions markets (and any volunteers who would like to enter the game) according to a new global system (still far from being realized, Art. 6.4); agreements between states that are not based on market logic (Art.6.8). Historically, negotiations on the three main parts of Article 6 have been characterized by vagueness, at least in the early years, then by a strong imbalance in the focus of developed countries on subparagraphs 6.2 and 6.4 despite non-market approaches and, as is often the case in the world of UNFCCC negotiations, by a lack of focus on adaptation versus mitigation policies.

Progress had been made at COP26 on key measures, to begin to give rules to what should be one of the cornerstones of the Paris Agreement, precisely, the system of voluntary trading of emission credits between member states, both bilaterally and through the new global mechanism, which is to replace the much-discussed Clean Market Mechanism in place under the Kyoto Protocol. To understand the importance of these discussions, one only must consider that, according to recent estimates, the implementation of the new market mechanism could reduce the costs of realizing the nationally expressed climate pledges, the NDCs, by about half by 2030, or facilitate the removal of 50 percent more emissions also by 2030. A potential totally untapped to date, given the prevarication in setting rules and procedures.

Of the strides made in Glasgow in 2021, including controversial solutions on double counting and transferring some old Kyoto credits into the new system, we had spoken some time ago in this interview. During these summer interims, the focus of delegates has, however, been precisely on the rules of the game. Common units of measurement were discussed, with some developing countries in favour of a single metric for all counted emissions, in the direction of tons of carbon dioxide equivalent, perhaps the most widely used and intelligible unit of measurement globally. Operational talk has also begun to take place about the support that developed countries will need to provide to those in the global South to be able to effectively participate as well in these new mechanisms, particularly the need for training, flexible deadlines for the poorest and most fragile, support in compiling mandatory reports, and a possible exemption for countries most in need from registration and operation costs during the work. In the working group on Section 6.2, some delegates questioned, and it certainly remains a question to be resolved, whether emission removals through carbon capture technologies are countable in the transfer of credits from one country to another. The issue remains open heading into COP27, and we do not rule out surprises in the negative.

Finally, on Saturday the 11th, there was a bit of a tussle during the negotiations on new modalities and procedures to implement what is provided in Art. 6.8, i.e., regarding cooperative non-market approaches. In the absence of clear definitions and common reference points, every time the facilitators (in this case Saudi Arabia and Italy) try to decisively move forward with a more advanced text some other countries respond by recalling the original agenda and mandate of the session itself, thus halting the process. In this case, the forced step forward was to have transposed into the official working document some statements that had emerged during the negotiations of the previous days, and in particular the proposals to establish ad hoc registries, initial monitoring methodologies and other organizational measures; while the text was rejected, other countries continued to raise the bar by proposing the establishment of administrative support bodies and structured cycles of support. In short, half chaos as is often the case when there is no basic consensus on the substance of the issue at hand–think of the affair, still far from seeing a conclusion, of the work on loss and damage.