Omar Di Felice is ready for the start of the “Antarctica Unlimited” adventure, the wide-ranging popular project that will attempt the first solo bicycle crossing of Antarctica via the South Pole.

The approximate date will be between 19 and 20 November 2022, but the exact departure from the Hercules Inlet base will be determined in line with the landing of the small aircraft that will take Omar from Punta Arenas (Chile) to Antarctic soil.

The route will include the first part of more than 1,200 km to reach the South Pole, a feat that has never been fully achieved by anyone solely on a bicycle [1]. The second part will lead Omar to the base of the Leverett Glacier for a further 600 km with the aim of completing the crossing coast to coast. Finally, should conditions allow it (the time limit for the crossing is set to expire on 20 January 2023, the date on which permits to stay in Antarctica will expire, according to the strict rules dictated by IAATO – the international body of Antarctic tour operators that supports and promotes the practice of safe and environmentally friendly travel to Antarctica), Omar will eventually attempt to ride back the route to the South Pole for a total of 2,400 km. 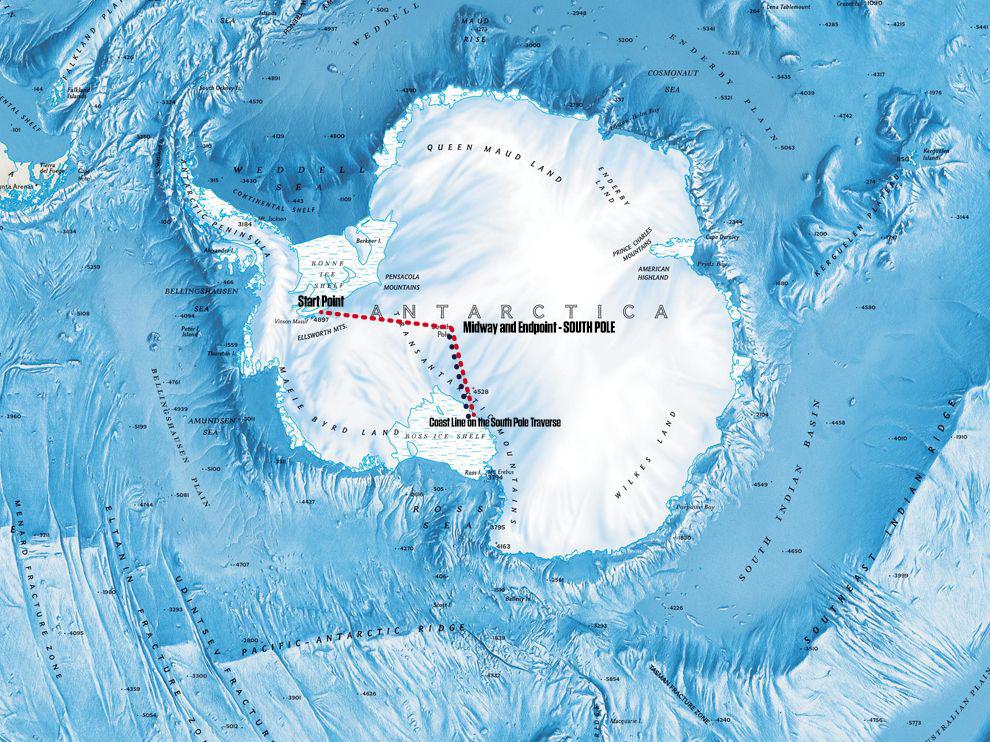 The decision to carry out this feat in Antarctica, a place particularly affected by global warming, less than a month before the start of COP27 in Sharm El-Sheik, Egypt, is representative of the awareness-raising process undertaken by Omar Di Felice to bring the effects of climate change to the forefront if the average global temperature is not kept well below 2°C, with the ambition of not exceeding 1.5°C as envisaged by the Paris Agreement.

Also as a reminder of the project’s educational and awareness-raising purpose, the bicycle on which Omar will perform the feat will bear the climate stripes of climate scientist at the University of Reading, Ed Hawkins, and official member of the Scientific Council of Antarctica Unlimited. The stripes will also colour the Lazer Vento Kineticore helmet with which Omar will tackle the crossing.

“The stripes have been seen at music festivals, fashion shows and on football shirts, so it’s great that their next stop will be among the icy landscapes of Antarctica,” says Ed Hawkins. “Omar’s adventure is dangerous, brave and exciting and I’m grateful that he’s using the stripes to raise awareness about climate change during such an important expedition.” 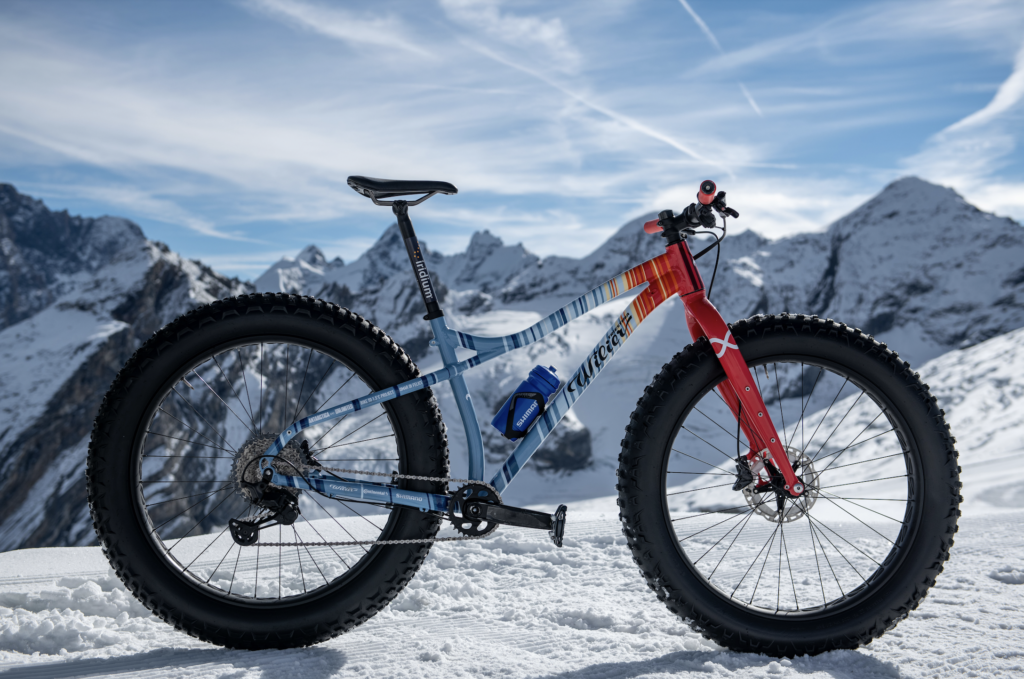 This adventure represents the third stage of the “Bike to 1.5°C”[2] project, realised in collaboration with Italian Climate Network and ESA – European Space Agency as scientific partners. Over the coming months, the Antarctica Unlimited project will see numerous dissemination appointments, thanks to the presence of a scientific council built ad hoc and coordinated by Marirosa Iannelli of Italian Climate Network. When Omar’s adventure returns, there will be a series of virtual live broadcasts, in-person meetings and participation in festivals, with leading Antarctica experts, as well as a popularisation and educational tour in some schools.

The presentation of Antarctica Unlimited’s popularisation tour, with a 360° reflection on the climatic, geographical, political and social aspects of the Antarctic continent and the objectives of this new stage of Bike to 1.5°C, will take place with a link between Omar and Marirosa Iannelli, Climate and Advocacy Coordinator of the Italian Climate Network, just before the bike departure.

The bicycle with which Omar will carry out the feat will be a special Fat Bike model, developed in a UNIQUE piece for him by Wilier Triestina. It will be equipped with Shimano components (Deore XT 11V), fitted with a custom Miss Grape bikepacking bag system and, above all, a special attachment to which the SkiPulk sled will be attached, which Omar will use to carry everything he needs for the crossing. The only point where supplies can be replenished will be the base at the South Pole.

For all the details and technical information on the bike and equipment that Omar will use, please visit the following LINK.

It will be possible to follow the crossing through Omar’s social channels where updates will be posted remotely by the team that will be in charge of communication thanks to the content that will be sent using the satellite connection based on Iridium devices, a fundamental partner to guarantee telephone coverage in case of need.

Finally, through the ENDU Live map it will be possible to follow Omar thanks to the two Garmin inReach Mini 2 and GPSMap66i devices. 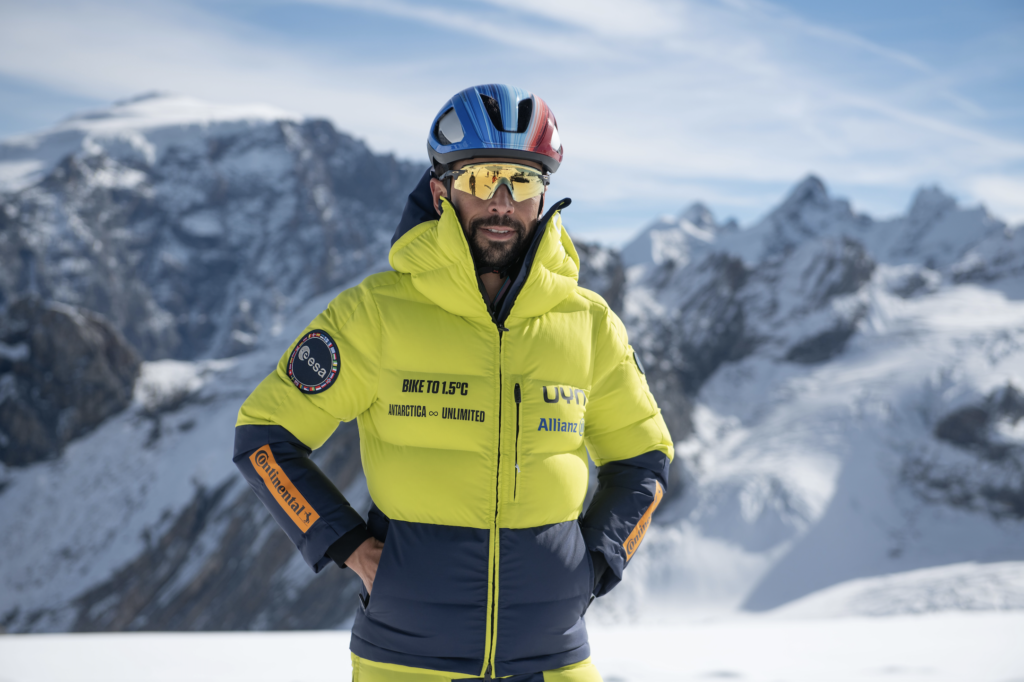 [1] Historically, only one successful attempt has been recorded, however, alternating between cycling and skiing.