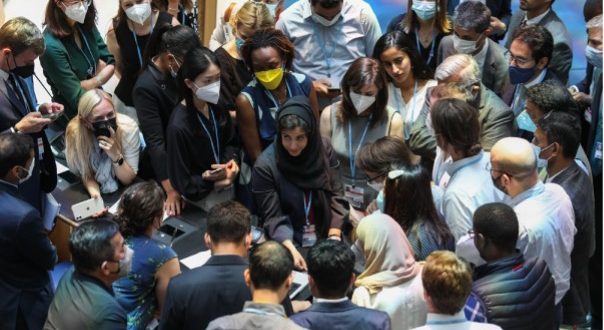 Two weeks of interim climate negotiations come to an end and with them, arguably, a middle era between COP26 and what the world will be like in November between conflicts in Europe, elections in Brazil and mid-term elections in the United States. All leading up to a COP27 that now, with less than five months to go before the whistle blows, is shaping up to be -whatever the outcomes of the aforementioned dynamics -the world premiere of a certainly unprecedented geopolitical scenario.

For better or for worse. In this sense, it was perhaps fair to expect something more from the Bonn negotiations: will it be possible, in the changed international framework that may see a general weakening of Western ambition due to war patches to the energy mix and a Biden perhaps no longer on the crest of a wave, to push COP27 toward noteworthy global outcomes toward the Paris goals? Not only at the international policy level, but particularly for all those populations that need answers now, immediately.

One wonders if too many expectations have been placed on a technical negotiation. Likely. This negotiation, however, was also a test for the Glasgow dialogues on loss and damage, which were staged on June 7, 8 and 11, much to the disappointment of both observers and many of the participating countries themselves. The three-day event, as we have recounted in two recent articles, was a succession of set statements devoid of political input (particularly from rich countries), at least until the G77 plus China group on Saturday afternoon played the political card, or rather exasperation: the G77 delegates demanded, having by then all realized that the dialogues would lead to nothing concrete, to overtake an instrument that was born already weak and return instead to the original plan later softened in Scotland, that of launching a real financial instrument on the issue of loss and damage already at COP27. Opposed, above all, is the United States, which as the historical main contributor to the global warming problem has no desire to contribute new and additional resources to a new international fund, for which everyone would inevitably look to Washington as the obligatory pathfinder. A political battle between North and South thus resumes, with the Biden administration not too far from the less ambitious in obstructing this process of solidarity.

This negotiation was also meant to be a test for the first global stocktake of efforts, or stocktake, against the promises of countries under the big umbrella of the Paris Agreement. The sessions were held in an open manner with great observer participation, something quite unprecedented given the topic and setting, therefore, with fair satisfaction from civil society. In terms of content, however, no major or noteworthy progress was seen on this strand either, except for the approval of mere procedural notes as was the case in most other working groups. The opening of the work to civil society participation unnerved delegations historically more reluctant to include observers; Saudi Arabia, India, China, and Brazil demanded that the two-week final document put in black and white that the global stocktake process should remain a government-led process; Canada, Australia, and many Latin American countries opposed this resolution. At the end of hours of discussions, it was (not) decided that the process should be “led by the Parties, with the participation of non-state stakeholders.” Similarly, as reported by IISD, it appears that delegates spent hours, debating between developed countries and countries of the Global South, deciding what to do about expert training courses on revisions to Annex I countries’ biennial emissions reports, altogether a € 13,000 issue between 2022 and 2023 (a nothing, globally), without reaching any conclusion and postponing the topic to the next negotiations.

This was generally the tone of many of the discussions in the halls. Only on one of the most complex issues, the implementation of the new market mechanisms for emissions under Article 6 of the Paris Agreement – we had talked about it here – small steps toward Sharm El-Sheikh seem to have been taken, with all the caveats.

Although it is only five months away, COP27, as we said, will kick off in a world (politically speaking) probably quite different from the current one. While it is true that no breakthrough on vital issues (climate finance and loss and damage above all) seems to have emerged from these interim negotiations, the future may surprise, positively or otherwise. The outburst of desperation by developing countries at the end of the third session of Glasgow Dialogues portends a hot COP, still seared by the tense ending of COP26 and the different political readings around the world. In the coming months, meanwhile, according to what was agreed in Glasgow, countries are expected to submit updated and improved National Commitments (NDCs) in ambition. It is important to monitor this process and to understand how much further the global gap from the Paris trajectory will amount to at the start of this upcoming, now imminent Egyptian COP.