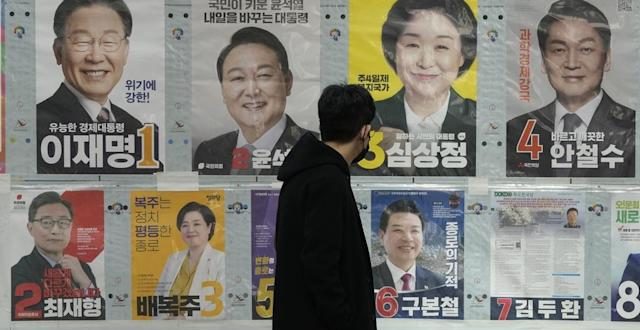 Today, March 9, 2022, in South Korea there is the vote for the election of the President of the Republic. The elections for the executive have only one round, that of today, without a runoff and the President will remain in office for five years without the possibility of reapplication. On the ballot the Koreans will find 14 candidates, but the main competitors are the representatives of the Democratic Party (liberals, currently in government with 172 seats out of 300 in Parliament), the People’s Power party (conservatives) and the Justice Party (social democrats). The three main candidates are Lee Jae-Myung (Democratic P.), Yoon Suk-Yeol (People’s Power) and Sim Sang-Yung (Justice). The three main parties and their candidates have, during what has been a long election campaign, expressed different and specific positions on climate and energy policies, also going into great detail in their programmatic visions.

Before going into the analysis it is fair to ask: why should South Korea’s energy policies interest us so much? South Korea is among the leading global emitters of greenhouse gases, which are at the root of ongoing climate change. The South Korean economy has seen a real industrial and technological boom since the end of the conflict between South and North (1950-53) and in particular since the sixties, to position itself firmly among the leading global economies, with GDP growth rates above +4% even in 2021, at the height of the pandemic. This very rapid economic growth, as well as high levels of affluence and technological development, has brought with it a significant load of greenhouse gas emissions, up to a peak emission of 605.9Mt of Co2 emitted in 2018. Overall, South Korea now emits 1.7% of global emissions, firmly ranking between the eighth and ninth most climate-changing economies in the world. The Korean energy mix in 2020 still saw, in energy production, a massive use of coal (24%) to complete a picture dominated by oil (37%) and supported largely by nuclear power and natural gas.

The national climate targets unveiled in December 2021 (NDC update) aim for a 40 percent reduction in all GHG emissions by 2030 from peak emissions in 2018, until climate neutrality is achieved in 2050. The fact that annual Korean emissions have declined steadily since 2018 is a positive sign toward the goal, according to the Seoul government. However, it remains to be seen how a manufacturing economy anchored on coal and oil can actually decarbonize at speed. For this reason, it is important to know the climate promises of the main presidential contenders.

In the election campaign, if we want to make an extreme synthesis, the three candidates have offered very different approaches to the main themes of the energy transition. In particular, the Democrats, with Lee, were more cautious in their proposals but determined to pursue what they had promised internationally, with slight upward adjustments to the objectives. Yoon, of the first opposition party People’s Power, on the other hand, gave a totally pro-industry imprint to her electoral campaign, branding the current Korean commitments as too ambitious and contrary to the needs of the industrial world. The candidate of the Justice Party, Sim, on the other hand, presented a more ecological and radical approach to all the main issues. Below, by points, are some of the main positions expressed by the three.

– YOON: exit too accelerated, no stop to power plants under construction

– LEE: increase share of energy produced from renewables to 30% by 2030, investment in offshore wind power

– YOON: increase the share of energy produced from renewables to 30% by the mid-2030s, investment in photovoltaics

– SIM: publicly-led restructuring of the entire power sector, energy production from renewables to 50% by 2030

– SIM: shutdown of existing plants by 2040, stop any new investment.

For a more complete analysis we refer to the website of Solutions for Our Climate, Korean climate advocacy NGO and partner of Italian Climate Network, that we thank for sharing several documents and policy briefs.