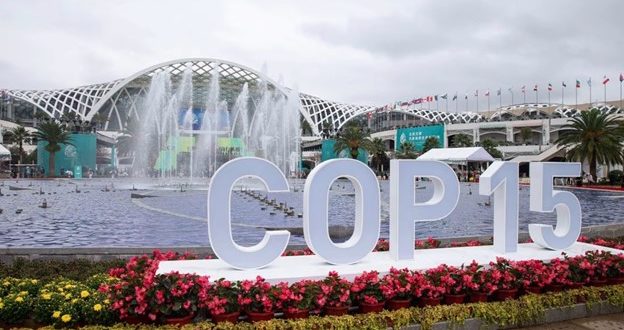 Preparatory negotiations on biodiversity have begun yesterday in Geneva, in view of the second part of the COP15 (Conference of the Parties) on Biodiversity that will take place in Kunming, China, from April 25th to May 8th 2022.

The Convention on Biodiversity (CBD) is an international treaty for the conservation of biological diversity, the sustainable use of the components of biodiversity and the fair and equitable sharing of the benefits arising out of the utilization of genetic resources.

The CBD is part of the “Three Rio Conventions”, along with the United Nations Framework Convention on Climate Change (UNFCCC) and the Convention to Combat Desertification (UNCCD) and was opened for signature at the Earth Summit in Rio de Janeiro in 1992.

196 countries are signatories to the CBD, which thus has nearly universal participation, except for the United States. Bill Clinton did sign the CBD in 1993, but international treaties must be ratified by a two-thirds majority in the U.S. Senate. Following a lobbying campaign by various interest groups in 1994, the Senate informed that it would not support ratification of the CBD and since then no US administration has brought the issue back to the Senate agenda.

COP15 was supposed to take place in 2020, but due to the pandemic it was postponed to 2021 and split into two parts, the first held in China in October 2021 in virtual mode and the second to be held in China in a month’s time, in presence.

The main objective of COP15 is to negotiate and adopt the Post 2020 Global Biodiversity Framework (GBF), which will provide a strategic vision and global roadmap for the conservation, protection, restoration and sustainable management of biodiversity and ecosystems for the next decade.

The preparatory negotiations taking place in Geneva from March 14-29 play a key role in bringing as much shared text as possible to Kunming for adoption by COP15.

In Geneva the negotiations will be mainly dedicated to the text of the Global Biodiversity Framework but will also negotiate on biodiversity finance, capacity-building, monitoring and measurement, cooperation with other UN conventions, gender issues related to biodiversity protection, conservation of marine areas, agriculture and biodiversity, health impacts etc.

Another key issue to be negotiated at COP15 is financial support for developing countries. In October, Chinese President Xi Jinping declared the opening of the Kunming Biodiversity Fund to support biodiversity protection in developing countries, allocating 1.5 billion yuan (about 230 million dollars) to establish the Fund. The European Union has ensured that it will duplicate external funding for biodiversity, and Japan has stated that it will allocate an additional $17 million to its Japan Biodiversity Fund.

Important statements were also made by France, with President Macron stating that he would allocate 30% of climate funds to biodiversity protection, and the United Kingdom announcing that a significant portion of its increased climate funds would be directed towards biodiversity.

Despite these important statements, the CBD sets a goal of allocating $700 billion per year by 2030 to implement adequate biodiversity protection. And we are still a long way from reaching that target.

As Elizabeth Maruma Mrema, the Executive Secretary of the CBD, stated during the opening plenary yesterday, it is time to protect biodiversity and transform the current unsustainable relationship with nature. Nature is a key resource for climate change mitigation and adaptation, as was also recognized in the Glasgow Pact at COP26. There is no time to waste and to ensure results at COP15, Parties must work together in these two weeks in Geneva.

by Margherita Barbieri, ICN volunteer at COP15 on Biodiversity