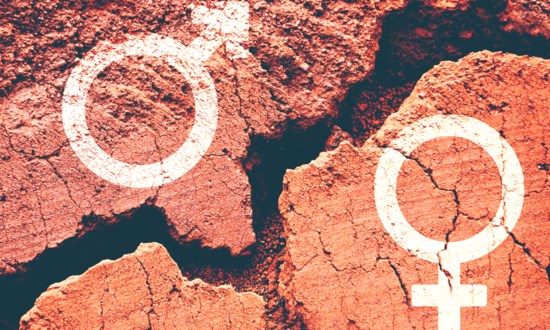 The impacts of climate change are not equally distributed across the world. Despite their global nature, they mainly affect the most fragile nations, communities and social strata with high vulnerability and exposure to the impacts of extreme climate phenomena. Women are among the groups considered at risk and, among the reasons contributing to their vulnerability, there is the lack of recognition and realization of their rights in many countries. Understanding that climate change affects people differently is, therefore, one of the keys to solving the gender gap.

In addition to geographical, socio-economic and political inequality factors, gender inequalities negatively affect women’s ability to adapt.  In many countries, women are excluded from the supply of food, water and household activities and materials. They also suffer more from the impacts of droughts, floods and other extreme events than men. Finally, in many contexts, women continue to be victims of violations of their basic human rights. The constant barriers women face in accessing political decision-making, education, land, natural, technological and economic resources exacerbate their vulnerability to climate change and the resulting environmental degradation. For example, the insufficiency of water sources due to drought and desertification entails that women must travel long distances to find the water they need to survive and, as a result, have less time to engage in economic activities, study and their emancipation from men. Therefore, despite the fact that women make up 43% of the global agricultural workforce, 70% of the world’s poor and 80% of those displaced by climate change are women.

There are several studies documenting the impacts of climate change and environmental contamination on the health of women and girls, such as increased asthma attacks, higher risks of lung cancer and heart disease in middle age, stroke and dementia in older women, and premature births and intrauterine deaths for pregnant women. These risks are particularly high in contexts where women and girls do not have access to efficient and decent sanitary facilities.

The scarcity of natural resources due to climate change is underpinning the increased gender-based violence, labour exploitation, child marriage and trafficking of women and other members of vulnerable communities, as demonstrated by the practices of various terrorist groups. Environmental and climate degradation, as well as the balance of inequality and power still tilting in favor of men, have often forced women to offer sexual practices in exchange for access to food, products or essential services. Despite these inequalities, women play a key role in the fight against climate change, mainly due to their practical knowledge of the natural world and their ability to formulate sustainable, inclusive and cutting-edge solutions compared to those introduced in mainly male-dominated decision-making contexts. Thanks to these qualities, women demonstrated their ability to increase the climate resilience of entire populations and communities thus to strengthen the success of climate action, both locally and internationally.

However, more than 25 years after the UN World Conference on Women in Beijing, gender equality remains insufficient. Women continue to be under-represented in decision-making processes at every level: during the last climate negotiations in Glasgow (UNFCCC COP26) only 34% of the committees, and 39% of the present delegations were constituted by women; at the G7 in 2021 there was only one woman among the decision-makers attending the summit. The problems linked to inequality and discrimination experienced by women on climate issues require radical action to be solved: not only greater respect concerning the environment, but also the achievement of positive results in multiple areas, such as health, economic progress and food security.

These goals can only be achieved through laws and policies that are properly designed, funded and monitored to reduce, and progressively eliminate, acts of violence, discrimination, abuse and inequality suffered by women. Furthermore, ensuring women’s participation in decision-making processes regarding climate, all aspects of their survival and basic ways of life, will allow for a concrete reflection of their priorities and needs, as well as their knowledge and skills necessary to carry out climate action. Finally, introducing and implementing gender and social justice perspectives in research and evaluation projects on climate impacts and risks is essential to reduce the inequality suffered by women, also in the current pandemic context, during which incidents of violence and discrimination against women have increased dramatically. These actions are possible if we understand the age-old power structures at the basis of men’s privilege, domination and control over women, and value women as essential agents, rather than vulnerable subjects, in the fight against climate change. It is therefore essential to distinguish and differentiate the impacts that climate change has among different individuals in the same community in order for women to achieve justice and real transformation.